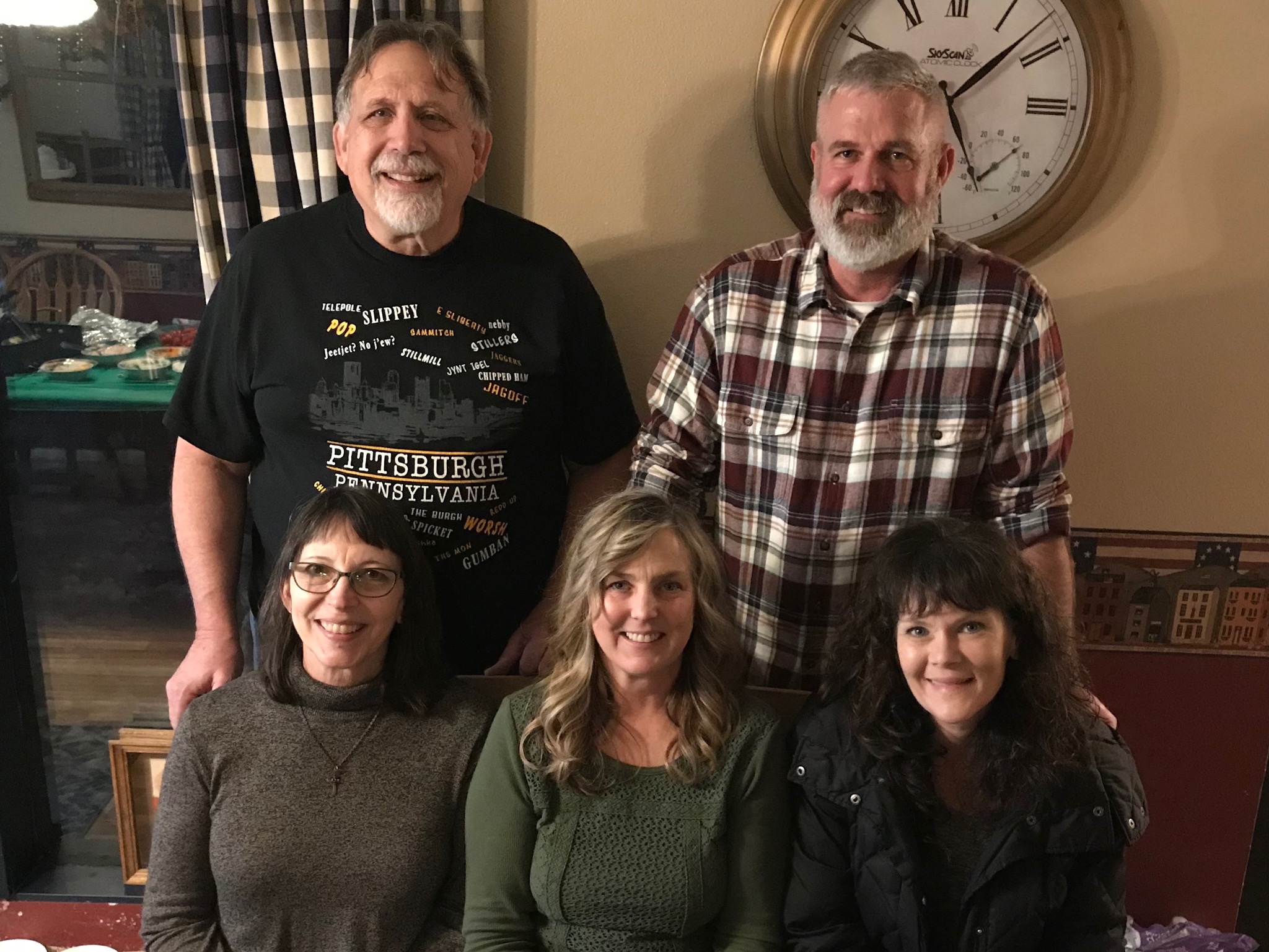 Amy Privitt (front middle) is from Memphis, Tennessee. She lived in Weatherford, Texas for 17 years with her husband, Mark, and two sons, Jacob and Ethan. She worked as a teacher for eight years before Amy felt called to ministry and her family moved to North Idaho in 2015. Once settled in Spirit Lake, Amy felt God was telling her to “feed people.” She and Mark started Cup of Grace and began feeding people at a Free Community Meal at the Spirit Lake Community Center. Almost three years later, Cup of Grace continues to feed people every week and has added five more programs to the ministry. Amy serves as Executive Director.

Mark Privitt (top right) is from Irving, Texas. He is currently a Commissioning Agent for Coffman Engineers in Spokane, WA. He and Amy have two handsome sons. Jacob is 19 and is in the Air Force. Ethan is 17 and a senior at Timberlake High School. Mark serves as Assistant Executive Director.

Melinda Harden (front right) is from McAlester, Oklahoma. After working for the McAlester Army Ammunition Plant for 14 years, Melinda and her family moved to Spirit Lake, Idaho in 2016. Melinda and her husband, Billy, are owners of Harden Plumbing, LLC. The Hardens have 11-year-old twin girls. Melinda began volunteering with Cup of Grace in January 2017 and has been serving as Marketing Director since January 2018.

Tom Eckhart (top left) was born in Massachusetts and moved to Texas when he was 11 years old. After attending college, he served as a youth pastor and worked in Hollywood, California in the printing industry. In 1990, Tom started his own printing business, Custom Printing Services, in Northern Idaho. He began volunteering with Cup of Grace the first month they began serving in January 2017. He has served as Treasurer since January 2018.

Tamara Wheeler (front left) is originally from Sacramento, California. She retired in 2013 from the State of California, working as a Training Officer with the Department of Developmental Services. She and her husband moved to Spirit Lake, Idaho in 2012. Tamara began volunteering with Cup of Grace in January 2017, and has served as Secretary since January 2018.

Heather Polombo is from Phoenix, Arizona.  She and her husband retired in 2016 and moved to Spirit Lake, Idaho.  They have three children and one grandchild.  Heather is currently a court appointed child advocate with CASA in Couer d'Alene.  She began volunteering with Cup of Grace in 2018 and currently serves as the Volunteer Coordinator.